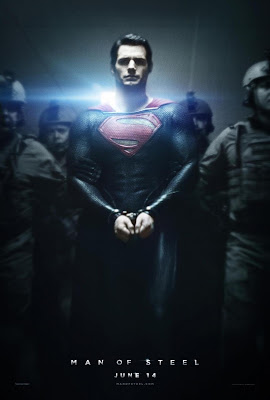 The hype surrounding Warner Bros' Superman reboot Man of Steel was immense and the expectation can only be described as stratospheric. This was supposed to be the Superman movie that we have all been waiting for... but how many times have you heard that before?

In fairness, this was easily the best Superman adaptation i've seen (yes, I have seen them all!) and definitely my favourite. However, that's like saying that Batman Begins was better than Batman & Robin, it's a no-brainer!

After the disaster that was Superman Returns, it was vital for Man of Steel to knock us for six (so to speak). However, as the hype escalated beyond all control, so too did the box-office expectations with the latter eventually leading to its supposed commercial disappointment.

The following is a brief analysis of Man of Steel's box-office performance on Box-Office Mojo:

"Man of Steel: Zack Snyder-directed Superman reboot Man of Steel set a June opening weekend record with an incredible $116.6 million ($128.7 million including Thursday night grosses). Unfortunately, lukewarm word-of-mouth caused the movie to collapse after opening weekend, and it will wind up earning less than $300 million at the domestic box office. Add in good overseas figures ($360 million and counting) and Man of Steel is absolutely going to turn a profit. Still, the much-publicized decision to add Batman to the Man of Steel sequel suggests that this wasn't the kind of runaway success that Warner Bros. was hoping for."


The article suggests that Man of Steel's box-office performance was middling at best, despite the fact that it has grossed in excess of $660 million worldwide. Sadly, this comes as no surprise whatsoever and is simply a direct consequence of the modern era. Expectations have risen to completely unrealistic levels during a period when the market is saturated with comicbook adaptations. While this will generally be considered as a positive development (for Marvel/Disney at least) it means that most adaptations will now have to exceed even the wildest expectations from the get-go. 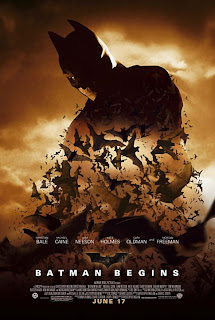 In 2005, Batman Begins debuted to a $72.9 million 5-day gross against a $150 million budget. The film went on to gross over $205 million domestically and totalled $374.2 million worldwide, which by today's standards would be a disaster for such an iconic character.

However, Batman Begins was deemed a superb reboot and obviously spawned two $Billion sequels. Amazingly, it was immediately acknowledged that Begins would face an uphill struggle to distance itself from the previous installments and therefore lower box-office grosses were expected and perhaps more importantly, acceptable.

Man of Steel was also coming off the back of a disappointing predecessor in Superman Returns, but crucially the margin for error was virtually non-existent. This reboot would have to gross near to $1 Billion to be deemed a success with anything else being classed as a disappointment. 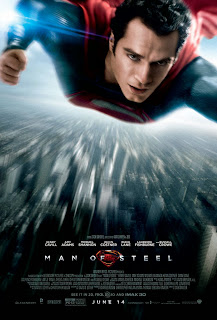 The lofty expectations surrounding Man of Steel were totally ludicrous. Regardless of the fact that Superman is an iconic character, this is the beginning of a new film franchise. Pre-conceived notions about the current popularity of Superman should have been ignored when approaching this re-boot, its purpose was to win back disillusioned fans and the naysayers.

Man of Steel never stood a chance of reaching a $Billion, granted the marketing campaign didn't help it's cause (see here and here), but that should never have even been on the agenda. The film's main objective was to re-establish a core demographic that was built on more than just idle curiosity for a struggling film franchise. It was about re-injecting style and excitement into a character that is often deemed too clean-cut and (literally) otherworldly to identify with general cinemagoers. By introducing a complexity to the character, the series would become capable of distancing itself from the idealistic blandness of its predecessors.

There is no doubt that Man of Steel was successful in achieving this but rather than build on the solid success of the reboot, Warner Bros/DC have chosen to introduce Batman into the franchise rather than allow Superman to develop as an independent character and franchise.

So what has changed? 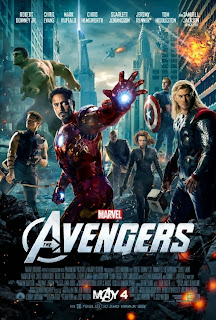 Money. Warner Bros/DC have panicked due to the phenomenal success of Marvel/Disney and have opted for a quick-fix at the global box-office rather than patiently building a franchise. It's a shame Warner Bros/DC can't simply bite their collective tongues and admit defeat while steadily building for the future.

At this point, they will always be second-best because Marvel had a long-term plan and were dedicated to its implementation over several years. The strategy has paid-off dividends but this type of sustained success is impossible to maintain and Marvel's popularity will eventually falter when they exhaust their primary roster and audiences look for something new.

If Warner Bros/DC accept that this is Marvel/Disney's moment, they completely ease the pressure on themselves needing to deliver immediate results. In turn, this will allow them a sufficient amount of time to develop a long-term Justice League plan that has been carefully nurtured and not rushed in a desperate attempt to compete with their rivals.

Now I'm not saying for one moment that Warner Bros/DC should disappear and quietly develop this strategy in a dingy corner of Splott Market while Marvel/Disney bask in all of their glory. They should simply introduce (or re-introduce) us to their own primary hero roster one by one, starting with Superman and culminating in a Justice League movie.

Unfortunately for Warner Bros/DC they missed the boat when it came to long-term comicbook movie adaptation strategies (Batman Begins was released 3 YEARS before Iron Man) so they can only blame themselves. However, as long as they don't butcher every potential franchise they have in a desperate attempt to match a superior business plan, then maybe, just maybe they'll enjoy similar success in the future.

To close, a worldwide gross in excess of $660 million for a franchise reboot that has been virtually non-existent for decades is far from disappointing, and anyone who claims otherwise is deluded. The truth of the matter is simple, Man of Steel failed to reach $300 million at the domestic box-office, which is a pre-requisite for comicbook tent-poles. Consequently it has paled in comparison to Iron Man 3, but that isn't a fair comparison because the latter is at the height of it's popularity, and has come off the back of Avengers Assemble. 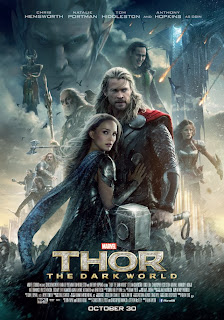 A more intriguing point of interest will be the box-office performance of the upcoming sequels for Thor and Captain America. The global box-office for the first installments of both of these Avengers alumni were noticeably lower than Man of Steel ($449 and $368 million respectively) and though it was acknowledged that their performance was weaker than Iron Man, they were still deemed a success. This was entirely due to Marvel/Disney's long-term strategy.

Now, after the $Billion success of Avengers Assemble and Iron Man 3, the pressure is on for Thor and Captain America to reach similar levels. They will arguably be considered as sequels to The Avengers as well as in their own right, but where is their bar for success? Given the immense popularity of their superhero franchise, what happens if they both struggle to reach a $Billion and their worldwide grosses end up closer to that of Man of Steel? Will they be considered a blockbuster success or disappointment? 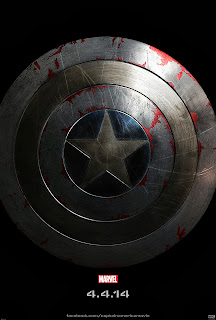 Chances are that it will be the former because of Marvel/Disney's long-term strategy, which makes everybody smile in the end. However, it does put Man of Steel's impressive success into perspective and exposes Warner Bros/DC's weakness that may hinder their own long-term progress.
Posted by Unknown at 12:00